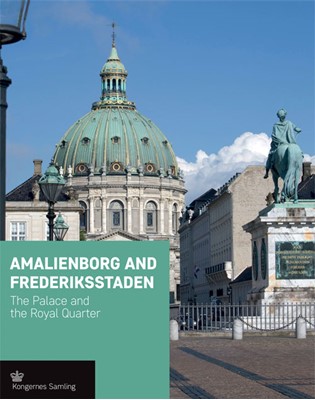 This book tells the story of Amalienborg and Frederiksstaden and the royal residents of the palace over the centuries.

Amalienborg’s palace square constitutes the central square of the monumental quarter of Frederiksstaden, which Frederik V had built starting in about 1750. The four palaces of the nobility that make up the palace complex were built simultaneously, but were taken over by the royal family after Christiansborg Palace burned down in 1794. Since 1920 Amalienborg has been the permanent residence of the Danish monarchy.

The book is part of the Crown Series, a series of small books on the Danish monarchy and related subjects published in cooperation with the Royal Danish Collection.