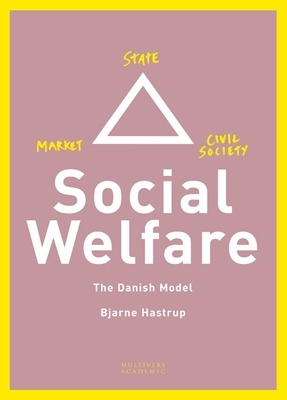 The Danish social welfare model has helped place Denmark solidly among the leading countries in the Western world.

Social Welfare — The Danish Model charts the dynamics between the public sector, the businesssector and the civil sector. These are the three main actors in the continued negotiations about the Danish model; it is through their agreement (and disagreement) that new and improved versions ofthe model emerge in support of the country’s progress and competitive advantage. And – not least – in support of a society that is a decent society for all.

Bjarne Hastrup (MSc. Political Science) is Managing Director and Co-Founder of DaneAge Association, and a Director of DaneAge Foundation. He is very active in the social welfare debate in Denmark and has written a number of books and articles on this topic. He also teaches graduate and undergraduate courses in the Danish social welfare model and social welfare economics at the University of Copenhagen.