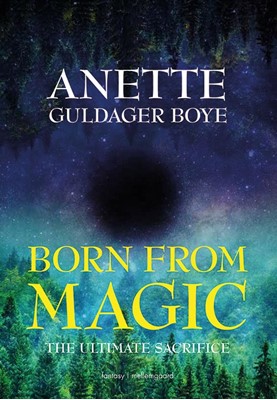 199 kr
Fragt pr. ordre 39,95 kr
For dig der ikke ønsker medlemskab.
Beskrivelse:
Orphans Nate and Emma live in the little sleepy town of Oak Tree Creek. The world around them had undergone a major change, revealing that the many supernatural creatures in the fairy tales actually existed and lived previously undetected among the human population. Now these creatures were generally called The Others by the humans.
A murder took place in the sleepy town that had the appearance of a ritual. This, and an odd nighttime visit, where Nate was home alone, plunged Nate into the world of The Others. A race of time begins where he needs to figure out what his nightmares mean, and which person is related to the murder, before it is too late.
Excerpt from the book
I could see the yellow orange light, playing with the shadows around the trees. I crawled closer and peeped out from behind a tree.  hirteen hooded figures were standing in a circle down there. They were chanting in some foreign language I understood nothing of. One hooded person was lifting something up above his head, as if in an offering. I could not take my eyes off the scene. The chanting grew louder, and then a scream tore through the night. A high pitch inhuman sound of terror, that made my neck hair stand up. Startled, I listened. It had come from the right of me. The scream returned. I froze completely. This time I was sure it came from the left. At the edge of panic, I tried to withdraw from the scene as slowly, and silently as possible. Bushes grabbing me, making my retreat difficult, and even more terrifying. What was out there? Did it know I was there? What about the hooded people. Did they know? My eyes finally adjusted to the total darkness I was left in, after I turned away from the campfire, and I managed to move a little faster.
About the author
Anette Guldager Boye Was born Odense in 1969. She is married and live with husband and two children in a little town near Odense. She achieved her master’s degree in history with the subject Witch trials on the local Island of Funen, and she works at Odense City Museum. It is a lifelong passion of hers, to study the old tales and folklore of Scandinavia.
Detaljer: 2019, Dansk, 400 sider ...
Sprog:
Dansk
ISBN-13:
9788772184777
Forlag:
Forlaget mellemgaard
Forfatter(e):
Anette Guldager Boye
ISBN-10:
8772184779
Indbinding:
Hæftet
Sider:
400
Udg. Dato:
16 sep 2019
Oplagsdato:
16 sep 2019
Udgave:
1
Dimensioner:
B: 151mm H: 221mm D: 24mm
Hvad betyder Hæftet?