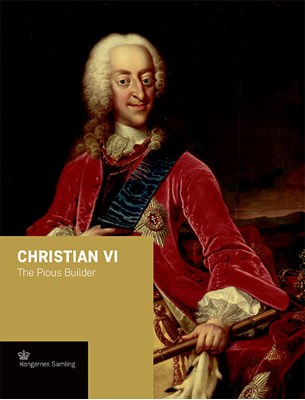 99 kr
Fragt pr. ordre 39,95 kr
For dig der ikke ønsker medlemskab.
Beskrivelse:
Christian VI ruled Denmark-Norway from 1730 until his death in 1746. As King he was enthusiastic about construction projects; he built the first Christiansborg Palace, Hirschholm Palace, and the Hermitage Palace. As an adherent of the Pietist religious movement, he believed it was sinful to enjoy oneself, and life at his court was reminiscent of life in a monastery. He took a number of measures to combat a long-lasting economic slump, one of which was the introduction of the hated system of adscription known as the stavnsbånd. As the first Danish absolute monarch to do so, he managed to avoid war throughout his entire reign.
This book is part of the Crown Series, a series of small books on the Danish monarchy and related subjects published in cooperation with the Royal Danish Collection.
Detaljer: 2019, Engelsk, 64 sider ...
Sprog:
Engelsk
ISBN-13:
9788772170367
Forlag:
Historika
Forfatter(e):
Jens Busck
ISBN-10:
8772170367
Indbinding:
Hardback
Sider:
64
Udg. Dato:
9 jul 2019
Oplagsdato:
9 jul 2019
Udgave:
1
Dimensioner:
B: 178mm H: 218mm D: 11mm
Hvad betyder Hardback?