Dance in the mirror 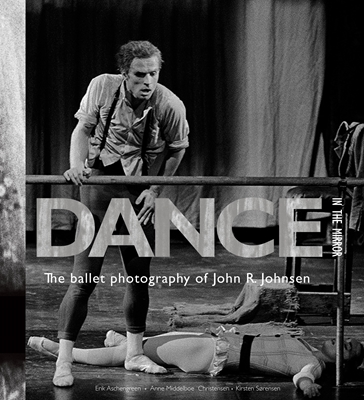 Dance in the mirror

Dance in the Mirror is an ultimate celebration of dance, and not least ballet, in all its many guises. In particular, it pays homage to Danish ballet photographer John R. Johnsen (1945-), whose work is presented here in collected form for the first time.

Artistically, Johnsen towers above the vast majority of his contemporaries, and in the period 1967-96, during which he photographed the Royal Danish Ballet and leading international companies such as New York City Ballet, Alvin Ailey American Dance Theater and Martha Graham Dance Company, he was indisputably his country’s foremost photographer of dance.

His photographs uniquely document the work of these outstanding companies in that period. Johnsen’s photographs show taut, lithely elegant bodies captured in mid-movement, beads of perspiration often visible on the skin, his camera preferring always to be as close as possible.

This book presents 300 of Johnsen’s finest photographs spanning his long career. Photographs ranging from the ballets of August Bournonville to those of Flemming Flindt – and depicting dance performances from Maurice Béjart to Japanese butoh. Each photograph has been carefully selected by Johnsen himself, aided by leading ballet critics and authors of the book’s accompanying texts Anne Middelboe Christensen and Erik Aschengreen in collaboration with librarian Kirsten Sørensen of the Royal Danish Library – National Library of Denmark.